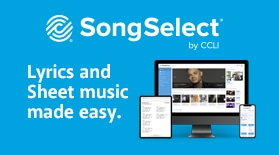 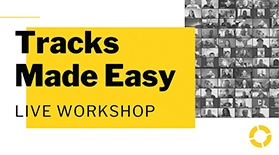 Our Conversation With Audrey Assad

CCLI: First I wanted to ask you about one of your co-writes with Matt Maher. I talked to him about the song “Even Unto Death,” and I’d love to get your take on it as well.
Audrey Assad: Sure. I remember when I texted him about it, because I had begun the song in a very odd moment for me. My father is a refugee from Syria, and he came here in the ’70s. So as the daughter of an Arab, I’m very interested in Middle Eastern issues and all of the geo-political and religious climate over there. The Syrian civil war has been going on for almost 7 years now, and in all of that upheaval there’s been a lot of activity with these radicalized religious groups.

So I was reading about some ISIS activity one day, as you do on the internet, and I came across this video that they had released of 21 Egyptian Coptic Christian men being beheaded on a beach. And a lot of people will remember that video because it specifically had a message at the beginning that said, “To the nation of the Cross, this is a message to you.” It was a chilling thing to see, of course I didn’t watch the whole thing because I really  couldn’t stomach it. But I remember just being incredibly stunned by what it must be like for God to watch His creation do that to His creation. It put me into a very interesting head-space, and I usually don’t write about things in the moment. I’m actually not that way, I’m a muller and a processor. I’ll putz around on something for a long time before I ever make it into music.

But in this case, I couldn’t really stop myself. I remember thinking, “I hope that if I were me kneeling there, that this is what I would say.” But I really don’t know because I’m looking at them, their lips are moving, they’re speaking quietly in Arabic, which is my father’s tongue. And they were saying things like, ‘forgive them, thank you for this glorious death,’ and I thought “I just hope that would be what I would do.” So I decided to write the song I hope I would be singing in my heart if that were me. Then I texted Matt and said, “Can you help me figure this thing out?” So we did that together.

CCLI: That’s heavy. That’s deep.
Audrey Assad: It really is, but I loved the way the song happened because it has such a joyful tone to it, actually, which was oddly appropriate.

CCLI: Let me ask about another song, “Evergreen.” Tell us about that one.
Audrey Assad: So “Evergreen” is the title track to my new album, and it’s the first song I wrote for the project with another friend I write with on a frequent basis named Bryan Brown, who up until recently was Matt Redman’s guitar player for many years. We’ve written a lot of songs together in the past, and he’s one of only 2-3 people I do that with very regularly for my stuff. I went over to his house… and said “I really need to write a song about the Tree of Life.” Because I have been—and had been for years—going  through what I’d call a deconstruction experience.

I was raised in kind of a cult-like fundamentalist environment that I’ve gone to lots of therapy for. A lot of that involved just some really bad ideas about God and God’s nature. My relationship to God historically has been this fear-based relationship. Sort of hiding from God as if in the garden after the fall. That’s been my posture. Sort of sad to admit, but it’s just true—it’s how I was taught, you know, God doesn’t really like you. You’re only in because you said the right things to Jesus that one time.  And so, I wanted to write a record of renewal of those ideas, and sort of a rejection of those ideas.

“Evergreen” came about because I read somewhere that in one of the Jewish Midrash traditions around Genesis, the Tree of Life is said to be a sycamore tree, which is the same tree that Zaccheus climbed to see Jesus. It is also a fig tree which is significant in scriptures, and it is an evergreen tree. In my head I’ve always imagined this kind-of maple tree or apple tree or something that I grew up around. When it sunk into me that the Tree of Life, if it was a literal tree, might have been evergreen, it was so medicinal to me, because I thought like, this is a symbol of things being made new all the time, which is really what I believe Jesus is in the business of doing. And my faith was undergoing that kind of process, a very painful but beautiful sort of tearing apart and rebuilding. It felt significant for me and I hope for others.

This is a detail I don’t usually mention about it, but since we’re here at CCLI and talking about music, we did the chorus and the turnarounds in 7/8, an odd meter, and that was purposeful because it felt like the off-balance, the beautiful off-balance feeling of being in repair.

CCLI: Everything you just described really comes down to two favorite lines of mine in the song, “Out past the fear, doubt becomes wonder.” That’s amazing and an incredible description of what you just shared with us.
Audrey Assad: We’re really not brought up, a lot of us, to have a very healthy relationship with our doubts. They’re typically vilified or just totally repressed. In my case, repression was more of the situation, but I had a lot of big questions as a kid. I had large curiosities and things that the Bible said or that we interpreted certain ways that I was sort of taken aback by, but as I expressed that and asked, it was always very much discouraged. In my particular background, it was mostly because I was a girl. We were taught that women couldn’t pray out loud in front of men or ask questions at church or talk to anyone but their fathers or husbands about the Bible, like it was a very repressive little world for women. And I think it’s been a beautiful thing for me to leave that behind and to see that even if I deconstruct everything I grew up with, there is something to move into. Better things. Beautiful things. And so, I think that’s kind of where I am right now…

CCLI: Which leads into the next two lines: “Rivers appear and I’m going under.” Those struck me as well.
Audrey Assad: It’s surrender to what’s happening. I panicked at first, when all that started, when I started to really doubt… like 5-6 years ago, I was thinking that nothing means anything. I might be a nihilist—you know, that was where my head was at.  I was panicking, and I realized at some point that the panic was the fruit of my fear about other people’s opinions of my questions. Because really, there was nothing to fear in my questions. All I had to do was allow them to be asked. Answers didn’t come quickly, and they’re not coming quickly and not always simply but as I’ve surrendered to the process of wonder instead of doubt, as this “bad thing” I’m looking at it like I’m examining, and that’s not bad, it’s really great.

CCLI: Let me ask you about another one, which is “Drawn To You.”
Audrey Assad: Another Matt Maher co-write. We wrote this chorus first, which is really unusual and we wrote it in no time at all. I don’t even remember how we wrote it, I just remember I went in thinking a lot of the things I used to believe [at the time of writing this record] I don’t know if I believe anymore. I don’t know that there’s a lot I can say with certainty anymore. What can I say with certainty? And that chorus is it. It says, ‘After everything I’ve had, after everything I’ve lost, Lord, I know this much is true, I’m still drawn to You.’ I was like, “I can say that. That feels true.” I keep running from the things that traumatized me as a young person and still finding that somewhere underneath all of that anger and rejection, I still feel compelled towards God. That’s just the God’s honest truth, it’s like Jesus, I don’t know what I believe about You, but I am compelled towards You. And I just can’t ignore it.
So we wrote that chorus and maybe a couple months later I was at a 3-day trauma therapy intensive, 1-on-1 with a therapist in a house away from my kid, away from my home, going through some really deep work on some childhood abuse things that I was trying to work through and deal with the symptoms of. At the third night of it, I sat down and wrote the verses. They came out of a place of feeling like I was beginning to find healing. So again, like “doubt becomes wonder…” In “Evergreen” …in  “Drawn To You” I talk about sorrow as praise. So I was trying to turn on their heads these ideas we have about these things—that somehow sorrow and tears are not part of prayer, they’re not part of worship, you know, that’s not true. So I think the beginning and end of the record, it sort of does the same thing.

CCLI: So what’s it like being part of the community you’re in, with Matt and other Catholic songwriters?
Audrey Assad: You know, I actually don’t write with that many Catholic songwriters, I think it’s probably 2-3. I typically inhabit more of the world of multi-denominational songwriting, but I will say that within that, I have this little core of people that come from where I come from, and it’s wonderful because Matt and I have long found encouragement in each other as we navigate being in an ecumenical setting. There’s varying degrees of welcoming to that, but mostly we experience a lot of hospitality.

I love having that kind of commonality, though, and it’s funny, I feel like we almost get lumped together as a team to write with other people when they say, ‘we need that liturgical perspective, let’s call those two in.’ So it’s like we have that reputation of being that person. I always get called in to write with people who are like, ‘I really want to write something contemplative or whatever… it’s like Matt and Audrey are the liturgical group. It’s fun though. I love it. We have an identity that is part of the chorus that comprises the worship of God in the church. I’m honored and thankful to be part of that.

CCLI: Audrey, this has been wonderful. Thank you for sharing, thank you for going deep. For being vulnerable.
Audrey Assad: You’re welcome. Great to be here. 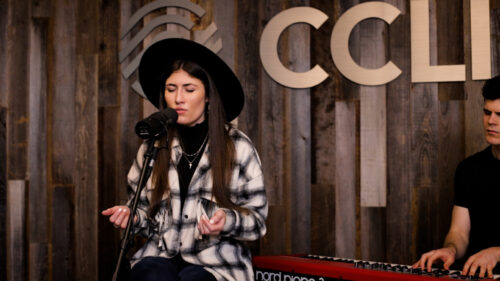 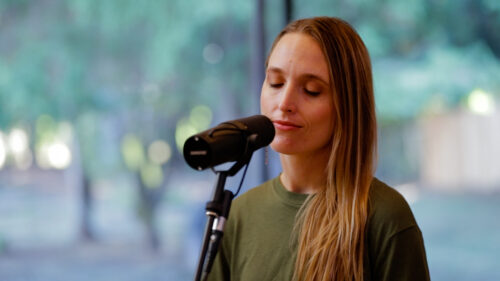 Fighting For My Soul / Jena Brancart 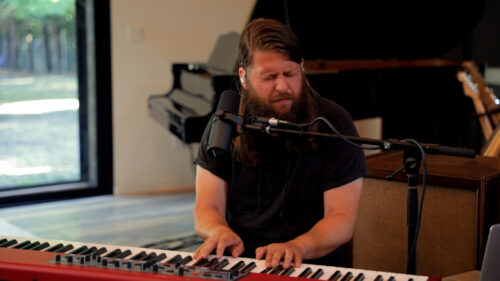 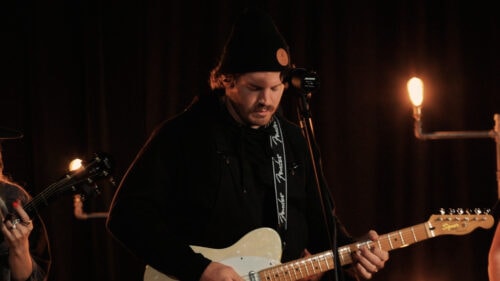 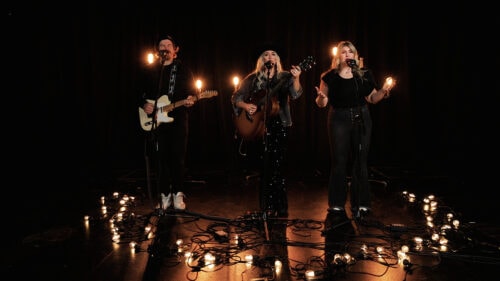 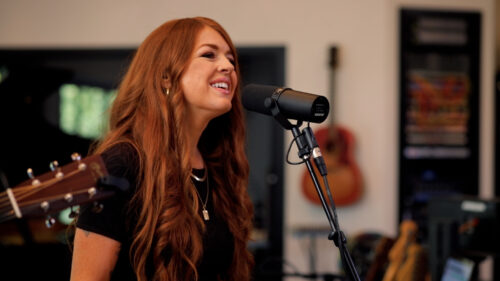