David Crowder joined Loop Community Founder Matt McCoy to talk about how he started leading worship, using tracks in the early 2000s and his new Christmas album. He shared how he has seen tracks and worship music change over the years.

How Using Tracks in Worship Has Changed

Matt: “Who inspired you to start using tracks and how has your view of tracks changed?”

Crowder: “It started with the Boss 404 and listening mostly to things that were turn table based. We wanted to bring in live loops from turntable into the band, and wanted to have some more nerdy stuff to trigger things and have a constant loop going. The Boss 404 was a simple entry for us. We made most of our stuff by recording B-Wack on the drums and then running it back through a guitar pedal.

Tracks are almost where songs start now. I don’t know that i’ve been in a lot of writing sessions where there wasn’t a really solid programmer in the room, that can get a sort of aural environment created while lyrics are happening. Which I really dig. I think that may be one of the biggest contributors to more poetic language in church and liturgical songs now. People are writing into an aural space, where previously you were sitting at a piano or guitar. That’s contributed a lot to the lyric content that we’re having in church. If you have a programmer in the room while a write is going on, they’re a part of the write. Now all of the industry is respecting the programmer. Nowadays I view loops as just as important and fundamental to the congregants experience as most of the players on stage.”

How Worship Music Has Changed

Matt: “What are some of the ways that you’ve seen worship music change over the years?”

Crowder: “There’s a more poetic slant towards lyricism now than when I began. When I began it was more praise chorus, the model that entered after hymn. Then songs started turning into more pop-outline writing structure. I think the music that is happening liturgically is pretty competitive and on par with what we encounter outside of our gatherings on a Sunday.”

Matt: “Your style has also changed a lot if you think back to David Crowder Band of 1998. Where do you see your style heading next?”

Crowder: “I don’t necessarily know, but I know what I’m into right now. That I think is a model that I learned early on. Being in a college setting, musical tastes are so fluid. That was built in early on to always be on the search for the thing that moved me. I turned into a consumption junky in the best way. It’s like eating a good meal with a friend, you take a bite and say “You need to try this.” That’s a great descriptor of how I consume and find what I want to share. That keeps what I’m making really fluid. As soon as we would find something that we were comfortable with, we would start to get nervous. I don’t want to do what I did. I want to do something that keeps me on my toes.”

To watch the full interview and hear Crowder share about his latest Christmas album, click the video below. 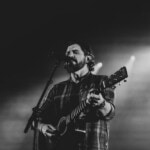 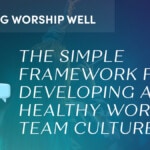