A Season of Transition

Our interview with Stephen McWhirter

A huge, unmistakable voice. Two albums with Iron Bell Music. Songs on the rise with CCLI and SongSelect. And now, it’s Stephen being Stephen.

We checked in with Stephen McWhirter and asked him to reflect on his conversion, the ministry of Iron Bell Music, and the transition that is happening now.

For those who don’t know your story, can you provide a glimpse into how Jesus got ahold of your life?

SMcW: I grew up the son of a traveling evangelist, but the man I knew in private and the one I knew in public were not the same. Due to the hypocrisy I witnessed as a child, I believed Jesus was simply fantasy. As I grew into my early teens I wanted nothing to do with Christianity. At this time of my life, I fell into extreme drug addiction. Eventually, becoming a crystal meth addict, for over five years.

During this dark chapter, someone gave me a book about Jesus, which I miraculously accepted. One night, at 3am, I sat in bed reading the book, with drugs next to me on the side table. That night, as I read, I was acutely aware of the presence of God in the room. I began to have an internal dialogue with the Lord, I knew He was real but didn’t know how to quiet the life of addiction I had known for so long. In that moment, with a thought more powerful than I could ever have imagined, I felt the Lord say, “You don’t have to do it alone, because I will do it!” and in that moment, I believed Him and gave my life to Christ. I found myself with a willpower not my own, and overnight, went from addiction to redemption.

I understand that your song “God That Saves” is the musical version of that story.

SMcW: Yes. The night I gave my life to Christ, I didn’t just encounter some Sunday school lesson (not that there is anything wrong with Sunday school LOL!) However, what I encountered was the reality, the Person, and the character of God as Savior. Like a ton of bricks it hit me and changed me forever, because I knew He was real! This greatly inspired the song, “God That Saves,” because I wanted to simply tell Him I love Him, through a simple worship song, for being the God who saved me from a life of addiction.

The Iron Bell worship ministry has had an amazing impact way beyond your home in Louisville, KY—two albums, multiple videos on social media with millions of views, lots of tours and travel. How do you put it all in perspective?

SMcW: It’s crazy! Right now, as a band, we do 160 tour dates a year. The thing that we always try to keep in front of us is God’s perspective of it all. We never want to get caught up in success for success’ sake. Rather, we try to operate out of the overflow of a life lived in the Presence of God. Let me unpack that a little. We don’t just spend all of our time rehearsing, practicing parts, or trying to writing songs. I’m not saying we don’t do these things! What I am saying is—we try to spend more time just being with God. We just love on Him and let Him love on us. We use the talents He has given us, but we want what comes from this time to be just for Him. That way, what people experience when we are on a stage, is the overflow of who we are when no one is watching.

But now you’re in a season of transition. Tell us about it.

SMcW: Yeah so the band that people have come to know as IRON BELL MUSIC, is now called, STEPHEN MCWHIRTER. This is very strange for me, personally, because now the same name that has been on bad checks will be on album covers LOL! Seriously, the ministry that we were part of, Iron Bell Ministries, wanted to focus more on a local expression, and quite frankly our small music ministry has suddenly gone global, which is surreal to say. With that, it has become something that needs a lot of attention, and that was very difficult for them to maintain. Ultimately, as a band, Joel Gerdis and I wanted to keep pursuing and stewarding what the Lord was doing through our music ministry. We have seen so many lives transformed by the songs, and when we travel I share my testimony, and we see around dozens of salvations a night at smaller churches and many more than that at festivals and bigger venues/tours. So again, moving forward it is the same band and the same songs, but a new name, STEPHEN MCWHIRTER.

Your top song in SongSelect is “Belong To You,” written with Dustin Smith and Jaye Thomas. Talk about how that song came together.

SMcW: Well, the chorus came from a live spontaneous time of worship, and words I personally needed to sing over my own life, “The enemy can’t take what I have, or change who I am. I belong to You.” When the three of us got together to write verses and a bridge, the song pretty much wrote itself. Scripturally, it comes from John 10, where it says, “The thief comes only to steal, kill and destroy” (10:10). However, in the same chapter of the same gospel, Jesus says, “No one can snatch them out of the Father’s hand” (10:29). For everyone in Christ, is part of the “them” which Jesus mentions here. I believe this connects with the bride because it is something we know we need to sing, like putting a stick in the ground against every lie and curse spoken against us, in darkness.

On a personal note, my entire church is so grateful that you and Joel came to lead worship for us recently. In fact, our pastor crafted his entire message around your song, “Glory To Glory.” Give us some insight into that song.

SMcW: Yeah man! We had such a great time with you guys! We look forward to hopefully coming back soon! The chorus of the song, “Glory to Glory” comes from 2 Corinthians 3, where Paul tell us the veil is torn and we can now know God intimately and become more and more like Him, growing in greater and greater glory. Unfortunately, we can all too easily be convinced that this side of eternity looks more like bummer to bummer than glory to glory. Throughout life, you will experience loss and heartache, and you may wonder if God is going to keep His promises. This gift of ever increasing glory isn’t always a smooth upward trajectory. Rather, it is a journey filled with big and little pits, where we hold on to hope.

In those difficult seasons, God never forsakes His good and beautiful plan for your life. On the contrary, He uses the trials to prepare your character for your destiny, because He loves you too much to let you get there before you’re ready. The good news is, in Christ, you start at glory. You aren’t waiting to get to step into one. Paul says, “We all, with unveiled face, beholding as in a mirror the glory of the Lord.” My good friend, Joel Gerdis, loves to point this out. If it’s like looking in a mirror then we have already taken on the nature of Jesus, and are just being more and more transformed into Him, all the time.

You start at glory! Yet, God doesn’t plan to leave you there. He takes you from glory to glory. He finishes everything He starts, because He isn’t like man that He would lie. So, whether you are in the pit or on the peak, you can know, beyond a shadow of doubt, God will never leave you where He found you, because He has already called you out of the grave, and seated you with in Christ (Colossians 3:1).

First impressions of Stephen McWhirter—there’s no mistaking that HUGE, powerful, gritty voice. Where did that come from? Have you always been able to sing like that?

No, I did not always sing like I do now. As a matter of fact, when I was in my early twenties, a band I sang for put out an indie record and the local paper reviewed it. In the review the guy mostly pointed out what a terrible singer I was LOL! That kind of crushed me, and to be honest it is completely the Lord, that I am able to sing the way I do today. I didn’t take lessons or anything. I simply started spending more time singing to Him than I did singing for people. Out of that, I believe He started to give me the voice I didn’t know I had.

Recently, you were leading worship at the CMS Worship Conference in Seattle. I was standing next to virtuoso guitarist, Doyle Dykes. He turned to me and said, “Wow, that guy sure can sing!” How do you handle that kind of affirmation?

I know it’s the Lord and not me! I believe favor is the byproduct of someone completely given over to God’s plan for their lives, despite our own expectations of how we think things should go. I couldn’t have written my story down on paper — I’m not that clever. God’s ways are not my ways. I am at a stage, in my life, were I know it is by His grace and not by my own gifting that I get to do any of it.

In this transition for you, what’s the vision that God is stirring in your heart?

I hear the Lord, say, “Stay authentic and follow My Presence.” I never want to create out of the place of asking the question, “How can I be more successful?” I simply want to operate out of my rest with the Lord, and let Him do what no man can do. I only want to be a part of something that when people experience it, they can’t help but say, “Only God can do that!” 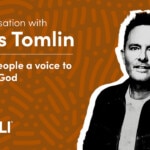 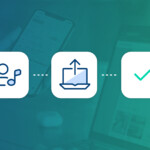 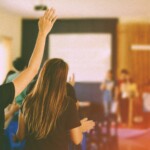 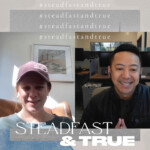 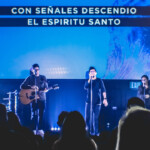